WP Meta Query: Query to Strictly Get Not Existing Meta Key and Value

This is the second time I am working on a plugin project like this, first time I don’t remember the project so I couldn’t get back the code, had to rewrite it. This time I am making a post so I could come back to it in the future. So in this case, lets say […]

How to Escape MySQL REGEXP Strings in PHP

It’s usually weird with MySQL in everything I guess. Again, I ran into using Regex in MySQL using REGEXP which is pretty cool. MySQL escape strings with double backslash \\, unlike other programming languages using single slash. But the problem here is that the string to be escaped is in a PHP variable, how do […]

After a long while, I faced another problem which I solved and it feels awesome which I’m going to share right away! I must say, MySQL is awesome! The more you write MySQL the less you write PHP vice versa. So on this post I’m going to share how to input default column value with […]

How to Reset MySQL Root User Permissions and Password in Linux

MySQL2MySQLi: A Small Program to Help Migrate from PHP mysql_* to mysqli_*

Stumbled upon a very monstrous PHP project, very old of course, the client complained that the web host refused to downgrade the server for them and this project doesn’t work anymore because it was written with bunch of mysql_* depreciated function. Now it was my job to start editing these files one after the other, […]

With the purpose of faster work, I wrote this framework last year and I recognized it would be useful for others. What does it do? SiDB makes it faster to Insert data to Database Retrieve data from Database Delete data from Database Run other queries All happens in just a line and no worries of […]

How to Create Customized External Post Page in WordPress 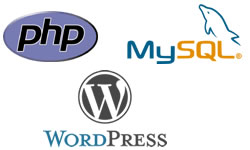 Yea, am not that a WordPress fan or a good user but few months ago I was working with it and it was really cool, mainly I love working with backend so I decided to use some features of WordPress which led me into reading bulks of their docs and finally gave me something. Well, […]